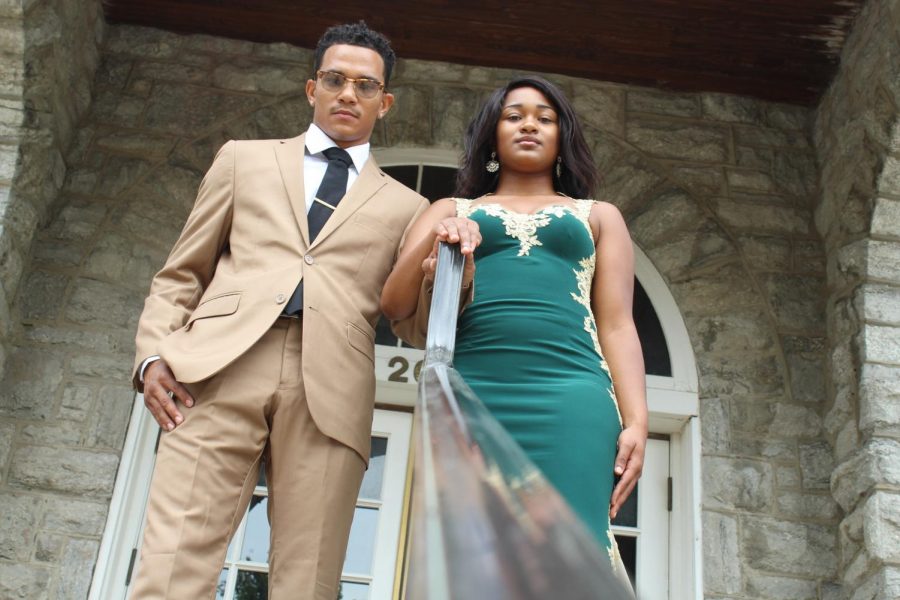 Kentucky State University has crowned it’s 27th King and 91st Queen for the 2020-2021 school year. Those winners are Cameron Galloway and Yasmine Harper. spent some time serving their country in the military, and now they are serving their school. Throughout the campaign both of the candidates worked together to hit the yard and share their vision on what both plan to achieve if elected. Yasmine is a transfer from Lambert, Mississippi. She found out about Kentucky State at a leadership conference a year ago. She says, shockingly she has only been at Kentucky State for a year and has already done so much. She let me know she was excited to run because she’s ran in the past. Yasmine was former president of student government at her old college.

Yasmine’s’ focus has always been to represent leadership. Yasmine is apart of the lead 1886 leadership Academy.  She is an active member of the United States army reserve. Back home she continues to help out in her community and focuses on the youth. “I want all women here at Kentucky state to know that they are a Queens”. She says she is pleased to represent the KSU women.

Cameron Galloway, a Senior from Paducah, Kentucky had a lot to say throughout the campaign and his diligence convinced the voters that he was the best candidate. His involvement in leadership has led him to caring for mental health community and keeping KSU a family environment. Cameron made sure to say no matter who wins he still supports his peers around him. “I feel blessed to represent the Kentucky State University family — and with the challenges that I have endured in my life, I can show my fellow Thorobreds that because this University encourages you to embrace your story, you can overcome any obstacles and use it as a light for others,” Galloway said. He is also a social work major and is also perusing a minor in criminal justice. Galloway is also in the army and will soon commission in the spring. During his time here at Kentucky State Galloway also became a Thurgood Marshall College Fund Ambassador and when he’s not representing TMCF he is involved in track and field.

Since campaigning through the digital world. Cameron and Yasmine were also recognized at the Coronation that took place on zoom with limited in-person access. Both Yasmine and Cameron plan to stay involved on campus this semester with students and staff to bring positive change to Kentucky State.